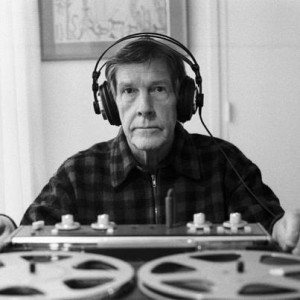 Arnold Schoenberg said he was not a composer, but rather a brilliant inventor. Nevertheless, it was him that the American Academy of Arts and Letters awarded for extending the boundaries of music in 1949. A creator of new worlds or a subversive to the status quo? The outstanding visionary and reformer, avantgarde coryphaeus or just a showman, joker and fraud? The paradoxical case of John Cage as he is referred to by the biographer Jerzy Kutnik undoubtedly appears as an enfant terrible of the 20th century culture whose versatile activities within the ﬁelds of music, poetry, philosophy, art, dance,
new media, or even nutrition left these disciplines altered forever.

One hundred years after the birth of the great composer, writer, graphic designer and philosopher and twenty that have just passed since his death, we will be reﬂecting upon the extraordinary legacy of John Cage focusing our attention on such phenomena present in his works as aleatoricism, total instruments, graphic notation, silence and chance, instrumental theater and happening, their relationships with experimental poetry (mesostics) and Eastern philosophy. We are going to examine the sources of Cageʼs inspiration and the impact it had on his contemporaries as well as future generations of artists: Stockhausen, Lutoslawski, Pärt.

We were delighted to welcome a wide range of people interested in John Cage’s colorful character and work exceeding conventions and rigid rules for presentations and discussions: from music and literature theorists, philosophers, composers and art critics, undergraduate and graduate students of various faculties and also Buddhists and mycologists.

I have nothing to say and Iʼm saying it (…)
Most speeches are full of ideas. This one doesnʼt have to have any.
But at any moment an idea may come along. Then we may enjoy it.

John Cage, Lecture on nothing

Paradoxically, you could ﬁnd many revealing and interesting ideas during the academic conference entitled John Cage: the Man, the Work, the Paradox, which was held at the Academy of Music in Krakow.